Last year at the Blue Santa Breakfast, I wanted to get a picture of Bob Cole and Sammy Alred from KVET.  But, I waited til just before leaving and the battery in my camera had died.  THIS year, they were the 1st ones I asked for a picture!!  Thanks guys, for helping with Blue Santa……and for the picture! 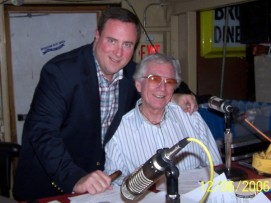 Pauline Reese was on stage when I arrived. 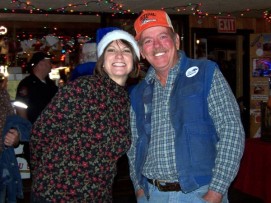 Here’s Janice Williams from KVET and our very own Roy of the ‘Ted & Roy Open Mic Nite’ at Giddy Ups. No one gets any tips on open mic night because anything that’s collected gets donated to Blue Santa to help make sure every child has a very Merry Christmas.

Of course, The Kyle Sisters did some wonderful harmony on their Christmas songs.

Glen Collins was in the audience.

Doug Moreland was sweet enough to let me get a couple of pictures. 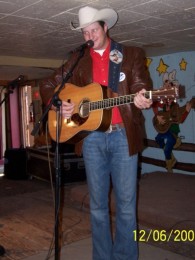 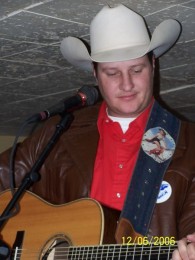 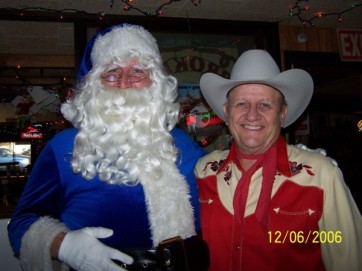 And what would the Blue Santa Breakfast be without Blue Santa? And, of course, Mr. James White, the gracious host of The Broken Spoke!