What a beautiful night under the stars with friends, new and old, to help Songwriters Across Texas Television Show honor James White and his lovely wife, Annetta for their support of Texas music and musicians for the past 53 years at Broken Spoke Dancehall. Then we got to listen to the great music of Ben Rodgers and Jason James. You just can’t have a better evening…..until the next one. Please, when you can, go enjoy live music. It’s good for your soul! 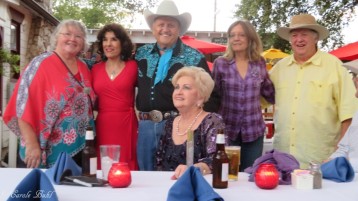 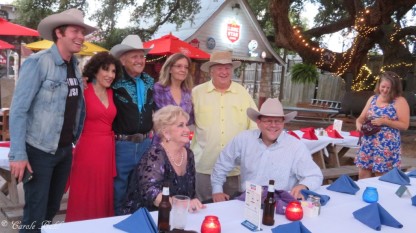 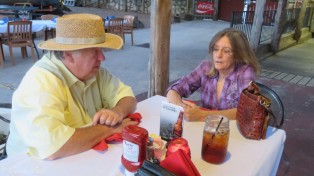 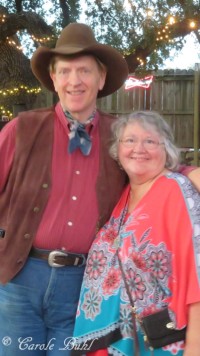 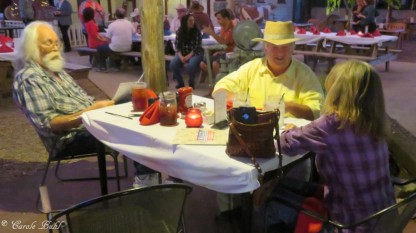 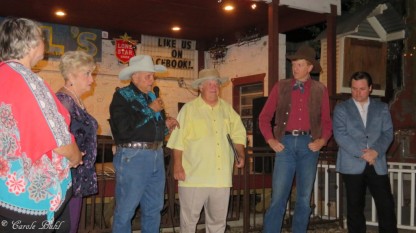 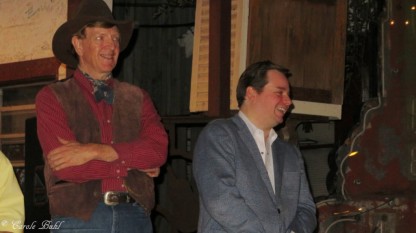 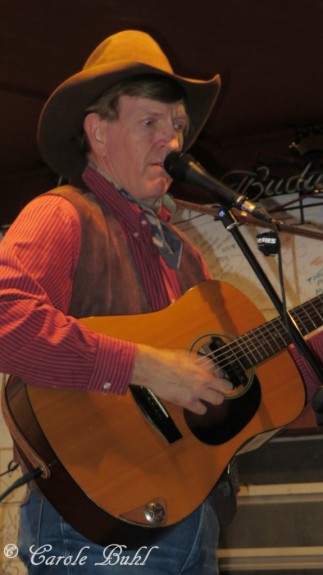 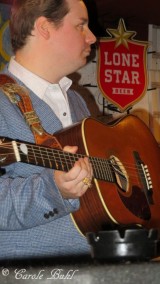 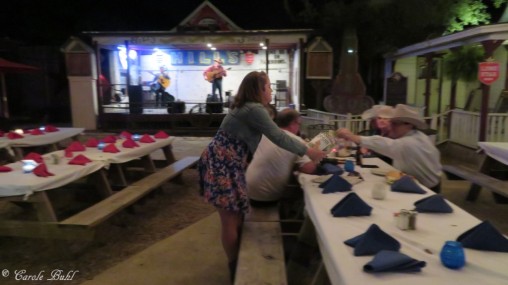 Saturday night and we headed over to see Ben at Hill’s Cafe.  We’d met him a few weeks ago when we stopped in at The Broken Spoke to grab a bite to eat but, never seen his show.  Being close to home, this was a perfect chance.  What fun!  Ben sings the songs that brings back visions of cowboys, cattlemen, and the old West.  He also gets the audience involved…..like when he tried to get us up to sing with him.  That wasn’t gonna happen!  But, he did get other members of the audience up and they did a great job….including the young lady to “taught” to yodel.  When the little ones came in to see what that cowboy was doing, he showed them rope tricks.

We know we say this a lot, but…..really…..if you have a chance, go see this guy! 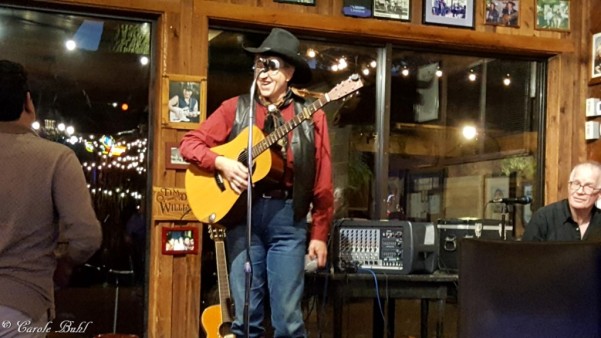 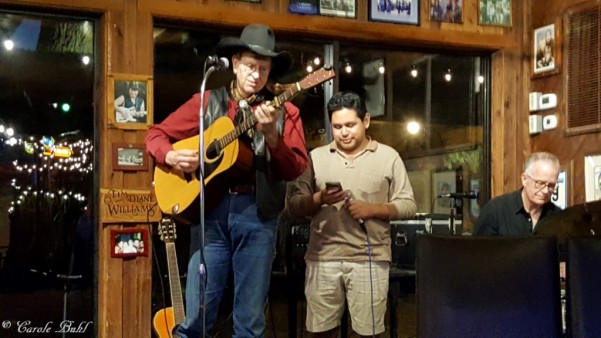 After an afternoon at The Saxon Pub for the book signing and music, we were hungry. Since the Broken Spoke was just down the street and one of our crew had never been there, away we went. When we got there, Paula and her band were just setting up so we got to visit with them a little. Ben Rodgers had been playing earlier and came over to visit. He and Pitt treated us to an impromptu serenade of “Streets of Laredo”. You just never know what’s going to happen with this crew! 🙂 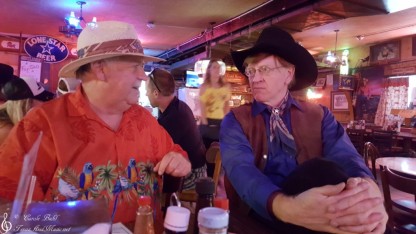 And, then, we got to enjoy Paula and her band!