We only attended a couple of shows in October that we weren’t busy snapping away on the camera.  But, they were both very special shows.

Allen Kentfield w/ Sam Bentley Band @ Sam’s Town Point (10/02/17) – Each Monday, Sam’s Town Point, there’s a “Steel Night” where Rose Sinclair arranges to spotlight some of the really good steel guitar players in town.  This night, she presented our own Allen Kentfield that plays with Sam Bentley & His Honky Tonk Band.  We were enjoying the music so much, we only got one picture! 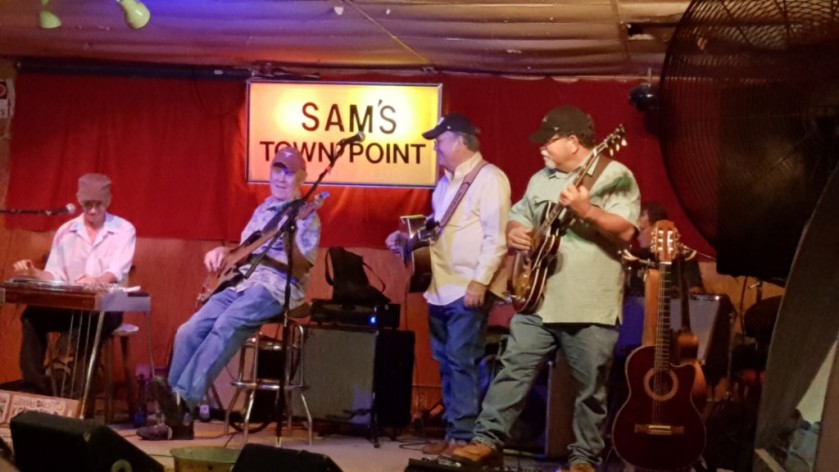 Shineyribs @ ACL Live Taping (10/29/17) – This was a show where we would have loved to take more pictures but……they wouldn’t let us.  🙂  If you’ve ever watched Austin City Limits on TV, then you recognize that backdrop.  Afraid, that’s the only “proof” we were there.  The last two pictures were taken in the Lyft ride we hired to get from home and back.  The first was a sign on the back of the driver’s seat welcoming us to the “haunted Google map car”.  The second is the package of chocolates we each received from him. Mixing hemp seeds with lemon oil and chocolate might not sound good but……..it is!!!  🙂  Since we couldn’t take pictures, we found this recap from ACL Tapings 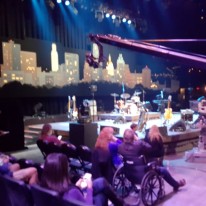 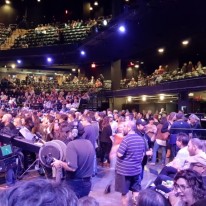 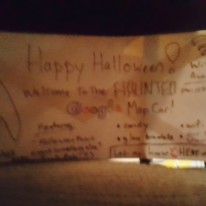 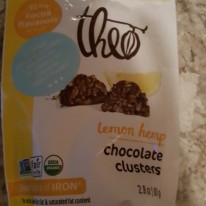 Love Sam Bentley​ and the guys and this night showed we sure aren’t the only ones! The place was packed and so was the dance floor! Met a new-to-us singer-songwriter, Monty Dawson​. And, of course, we got to hear our friend Ken Simpson​! And, all of that is in addition to visiting with friends and enjoying the hospitality of the staff!  🙂 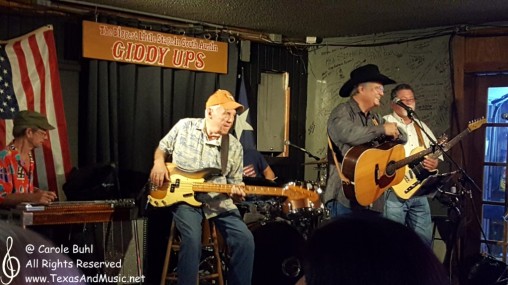 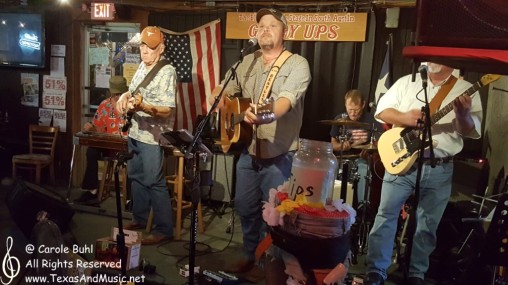 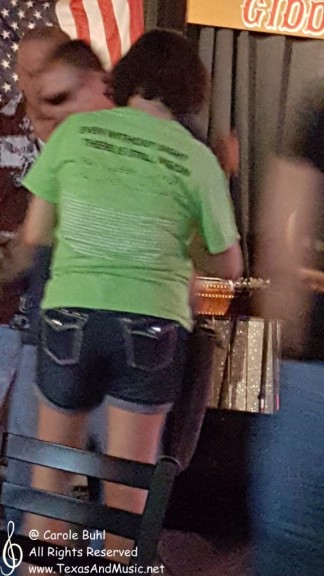 I couldn’t get a good picture of this gal’s shirt but I sure got her message. They were a blind couple. Her shirt reads, “Even without sight, there is vision”. Love it! 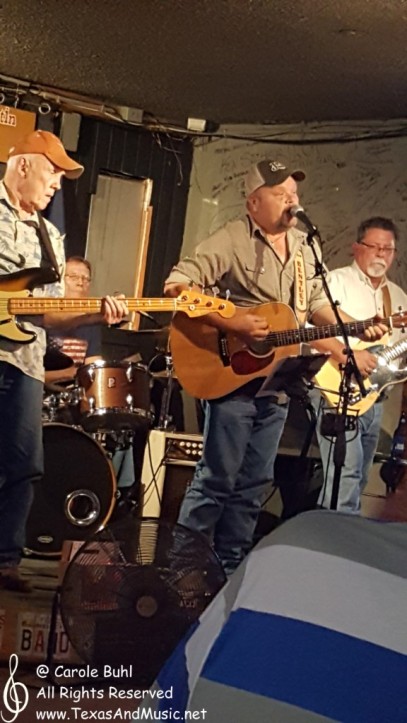 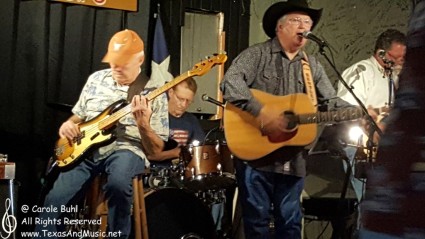 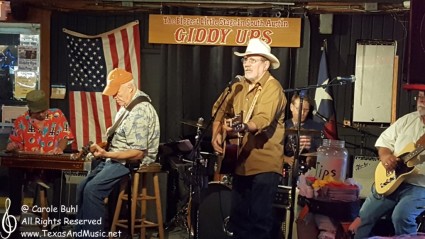 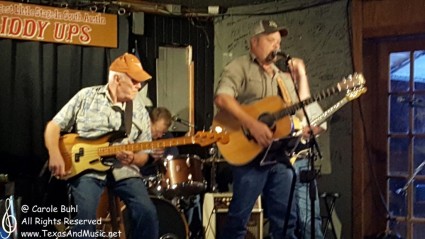 An early night at the American Legion. The crowd was small, but we were a little rowdy. 🙂 How we ended up at the end of a very long table next to the pedal steel, we’ll never know. Kept us from getting a good picture of Al Kentfield and gave us a real good case of hearing loss!! We ran into several old friends we hadn’t seen in a long long time. Now that’s a good night!! 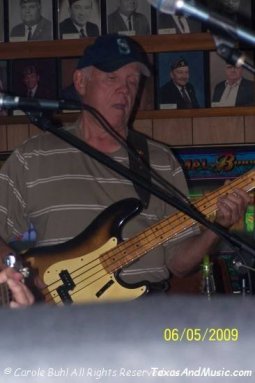 Wes Downey….one of the nicest bass players in Austin. 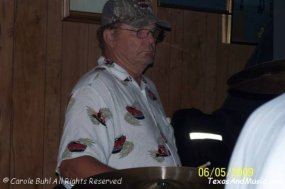 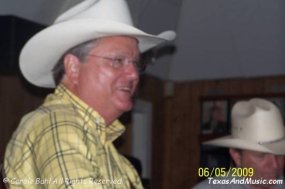 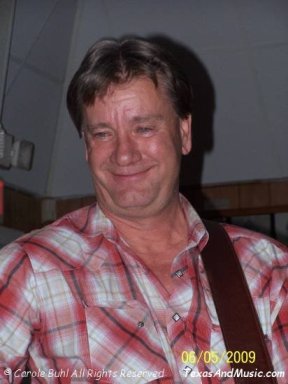 Scott Wayne was there with his true country voice and songs. 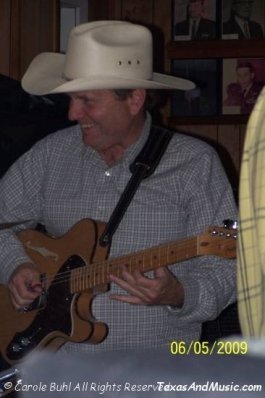 Olin got tickled at something…..always best to not ask. 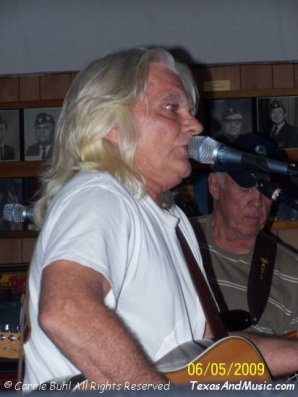 Ted Lake helped us rock out a little!! 🙂 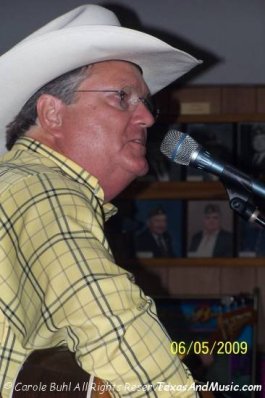